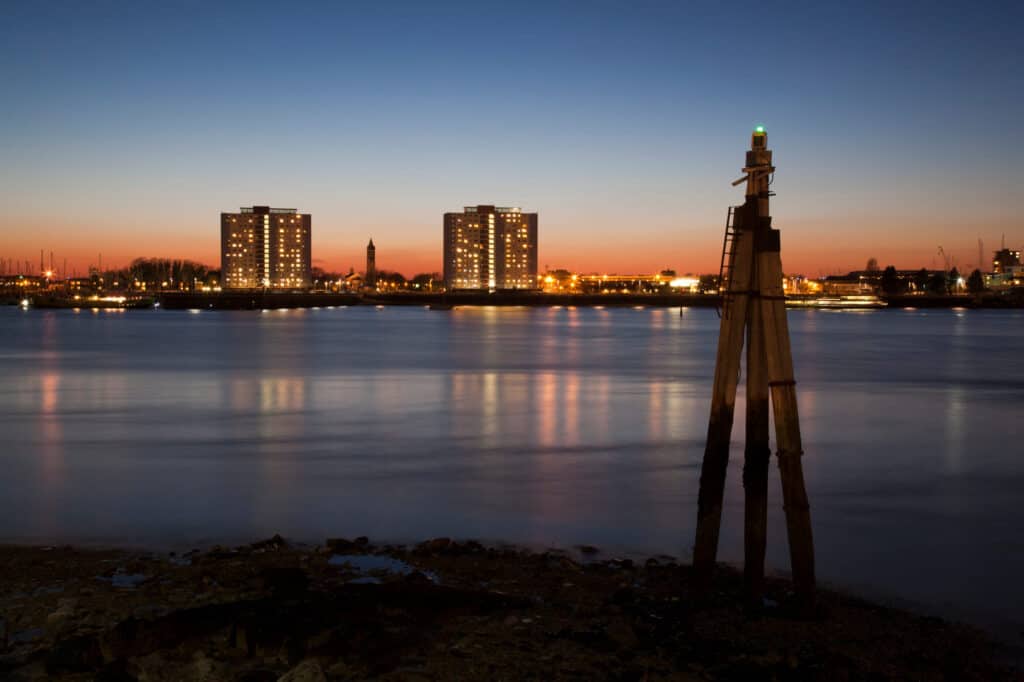 Portsmouth is, you guessed it, a port city in Hampshire on the South coast of England. It is built mostly on Portsea Island and is the UK’s only island city.

Portsmouth plays a huge part in England’s history, with the world’s oldest dry dock still residing here some 526 years later. This port was England’s first line of defence against the French in 1545.

But Portsmouth isn’t just a historical dock city. There are many other amazing things about Portsmouth. So many, we thought we’d share just a few of them with you.

It features on the Gough Map

The Gough Map is Britain’s oldest surviving route map – dating from around 1360. Portsmouth features on this map and is called Portis Mouth. The image depicting the city is one single red-roofed building.

There are Portsmouths all over the world!

Did you know there are 13 places in the world that have a place called ‘Portsmouth’?

In America, there are 8 places named Portsmouth, this includes Portsmouth in Iowa, Kentucky, New Hampshire, North Carolina, Ohio, Rhode Island, and two in the region of Virginia.

There are also 3 places named Portsmouth in the UK, one in Canada and the other one is in Dominia.

Portsmouth’s own orchestra, the Portsmouth Sinfonia was founded by a group of students in 1970 and was quite a cultural phenomenon at the time.

Roxy Music legend Brian Eno used to play the clarinet for them and helped produce their first two albums.

Jonas Hanway was born here in 1712. He inherited a fortune and went on to become a world-famous philanthropist. However, he is most famous for being the first man in London to carry an umbrella and was very against the drinking of tea!

In 1976, the first cooperative society was set up by dockyard workers who were fed up with being ripped off by tradespeople.

The aim of this society was to offer an alternative and better controlling and organising the production and distribution of goods. It was one of the first systems operated by and for the people.

A doctor in 1846 called the city ‘one large cesspool’ – mainly due to the lack of sewers in the city at the time. Two years after this observation an outbreak of cholera killed 152 residents, and a further 800 the following year. Many of them were children.

The Victorian novelist and poet, famous for The Ordeal of Richard Feverel and The Egoist, was born here in 1828. He hated his childhood here and subsequently became increasingly more vague about his origins.

Many of the residents refer to Portsmouth as Pompey – a name that even the football team goes by. There are many theories as to why this is the name. Some people think it’s due to the ships entering the harbour and making an entry ‘Pom P. – a reference to Portsmouth Point.

There was once a fish caught here with a champagne bottle in its belly!

In 1870 a fish was caught here. Not fascinating, but once the fish had been descaled and gutted, they discovered an entire champagne bottle in its stomach! Fish and champagne, anyone?

Messum’s Court, in modern-day Old Portsmouth, used to run from Prospect Row to St Mary’s St. Back in the day, it was referred to as ‘Squeeze Gut Alley’ – as the eastern end of it was incredibly narrow. You had to squeeze your gut through!

It has links with Uluru in Australia

In central Australia, there is a huge red sandstone formation, formerly known as Ayer’s Rock. It was named after Sir Henry Ayers who was born here in 1821. He was the son of a dockyard worker and went on to become the Premier of South Australia, serving a record five times in the years 1863-1873.

Other Helpful Information About Portsmouth

Where To Eat – 5 Best British Restaurants in Portsmouth

What To See – Top Places to Visit In Portsmouth